back   back to All Posts

This article was originally written and published in the Sydney Weekender. Read the original article here

Part café, part delicatessen and part cooking school, Eastwood’s Deli in Bermagui is a culinary triple threat that gives you plenty of reasons to keep coming back.

Owner Kelly Eastwood spent 14 years touring the world as a chef on super yachts before settling back in Australia and starting a new career as a television food producer on shows like Better Homes and Gardens and My Kitchen Rules. Kelly’s brought her favourite food of the world back to Bermi, which is keeping locals and visitors very happy.

Sally dropped in to try some of the dishes on offer, including a luscious take on the Vietnamese banh mi, made with master stock-braised pork belly and house-made pickles. The Korean schnitzel roll is also a belter – all crunchy chicken, spicy slaw and creamy sauce. If you want something lighter, salads are reinvented daily depending on what’s fresh. If you’re enjoying the indulgence, try one of the artisan brioche donuts, filled with local flavoured custards and creams. While she visited, Sally also took a cooking class with Kelly, learning about Japanese flavours and giving them a modern South Coast twist! 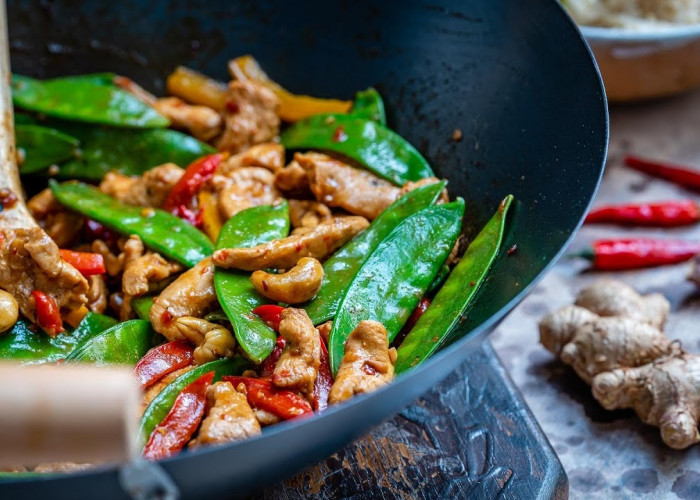 Slowing down and enjoying the local fare in Bermagui

When you have lunch in a NSW South Coast backwater such as Bermagui — well, the place, despite its immense beauty, is a bit off the... 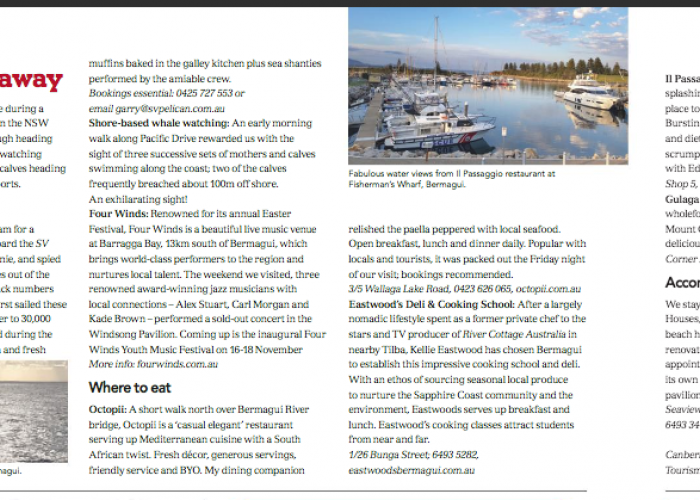